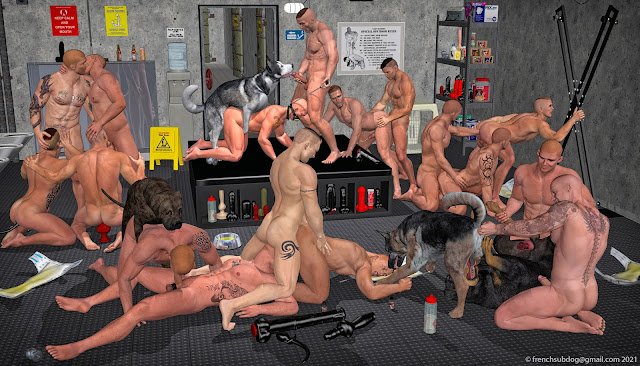 Camp Meadows is becoming increasingly well known as a destination for visiting military personnel, mainly Marines from other bases, but also soldiers from other branches of the military, attracted by its reputation as a no-limit fuck barracks in authorized circles. Not a week goes by without visitors, who sometimes make a detour to be hosted for a night, or even a full weekend, and benefit from the services offered by the Marines.

This week, four Army guys are expected, and for once, Captain Bolstone has asked Boner to handle them: One of the boys, Cyrus Frazier, is the son of his best friend, whom he discovered his inclinations a few months earlier. Just before he joined the Army, while Bolstone was spending the weekend with his family, Cyrus had given himself to him. The Captain was surprised to discover that the young man was gay. A virile athlete with the reputation of being a Don Juan, he was considered by everyone to be a white heterosexual male, when he was actually a real whore. His father, of course, knew nothing about it. He was particularly proud of the fact that his son was a brave soldier, unaware of the fact that his ass was often used as a cumdump in the college showers and now in those of his barracks. At any rate, Bolstone had been pleased when Frazier called to inform him that he would be coming to Camp Meadows with three of his comrades, and that they hoped to check by themselves the veracity of the rumors about the barracks...

Olegson and Dexter, crouching side by side, suck Bigsby and Dickson who frenchkiss each other. Dexter is half impaled on a canine dildo, which knot slowly enlarges his anus. It's a real dog's dick that smashes Jonas' pussy, bestially sodomized by Mammoth and sucking the Captain's cock. With his head between O'Neil's thighs, Bolstone licks the crack of the Doc, who fucks Thomas with admirable ardor. Just beside, Perro fucks the Rottweiler lying on his back, while the latter sucks the German Shepherd, who, from what seems to be moans of pleasure, seems to enjoy the thing as much as having Sergeant Boner's fingers in his anus...

A scream behind him makes him turn around a little more to find that Frazier has just taken the hand of Aaron in the ass, whose cock is stuffed into his brother's ass. Clutching a St. Andrew's cross, Frazier squirms as he spreads his buttocks with his free hand, moaning like a bitch now that the fist is rammed into his rectum. And when with a loud scream, Holland, pounded by Stavros, spills onto the mattress, it is into Timur's mouth that Olseway ejaculates, all resistance broken by the Malamute's tongue that licks his glans.

That night, Frazier will sleep with the dogs, his cock now locked in a chastity cage. Mated most of the night, it is as a lustful bitch that his comrades find him in the morning, and this is how he will return to his barracks, definitely converted...

"I'm proud of you, soldier!" said Bolstone as his comrades put him in the back of their Humvee for the rest of the trip. "Next time, we'll bring you to our friend Tomie Pine. His stallions will really love fucking up your sweet pussy!" 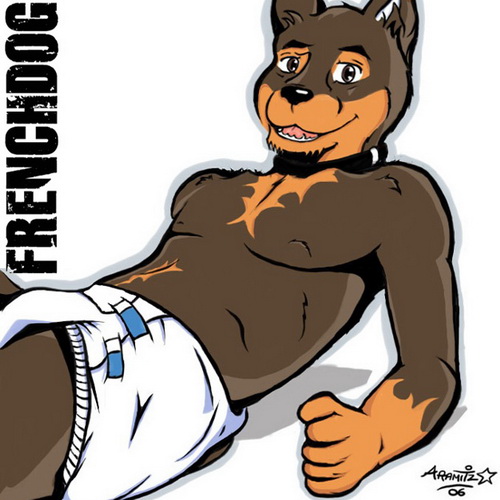